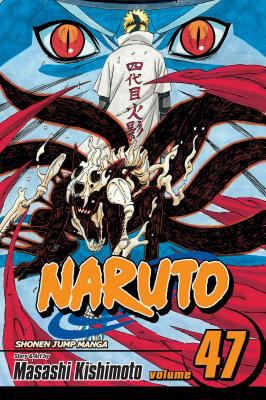 Reads from right to left

"Naruto inches ever closer to discovering the true identity of his nemesis, Pain. But is it worth it as the frustrated ninja begins to morph at last into the dreaded Nine Tails? Plus an unexpected confession reveals incredible secrets about his past as Naruto prepares for the ultimate battle with Pain. Can the chakra-challenged Naruto win when one misstep could spell disaster?" -- from publisher's web site

Translated from the Japanese